3- My favorite Christmas Movie is The Grinch~ My favorite quote is “Sorry, I can’t hear you. I don’t speak ridiculous.”~ Click here to access clips from movie

4- One thing that I like doing around Christmas time is going sledding down big hills, I also like throwing snow at my friends <3

6- One Christmas project that you can do this year is, shoveling snow, helping the homeless with how cold it is, or another thing you can do is help me throw snow at my friends <3

7- This is the best Christmas Meme, in my opinion.

8- This is my favorite present I’m giving to someone.

9- Where did Christmas originate from?

10- My favorite Christmas memory was when me and my best friend from my old school went and got hot chocolate and she couldn’t stop slipping on the ice.

When I was younger I would watch this claymation children’s show called Pingu.

The video is actually so funny and had my friends and I dying.

Another TV show I watched as a child was Yo Gabba Gabba. This is the theme song. If you don’t know what it is though then that’s kinda sad. Same with the Pingu.

Once again if you don’t know what this is, that’s kinda sad but reasonable because it was made in the 90’s.

Did you watch any of these shows as a kid? Let me know in the comments.

If I were to have the all the money in the world this is what my dream bedroom would look like. First of all I would have a lot of wall decorations and plants. It would have a very nature look.

I would also like huge windows that make the sunrise hit my room perfectly. Of course though you have to find the perfect bed to have the sunrise hit. Click HERE to access the bed.

PRESS HERE OR THE PICTURE TO GUESS WHO I AM.

Hey Y’all I’m back! I’m going to be writing about life as a middle schooler. Here are a list of pros and cons of being in middle school. I’ll start with the pros. First, you get treated as if you were an adult so the teachers take you more seriously. Second, you meet so many new people and can figure out who you really are, and what you want to be. Last, you have so many choices for classes or clubs. But to every pro there is a con.

First, sometimes the teachers treat you like too much of an adult and their expectations are too high and you can’t keep up, or you don’t understand anything. Second, there is so much drama about everything.

You can escape it and it sucks. Last, you aren’t gonna be able to choose all the classes you want, so you kind of just have to sacrifice some of the things you wanna do. Those in my opinion are the pros and cons of middle school.

Hello! This is Anna from Tea time with Anna.  I wrote a review on Heidi and they will be doing the same on my blog, so go check it out. I would honestly rate them 5 out of 5 stars. ★★★★★ They are so funny and caring. They listen to you, especially when you rant, may or may not know that from experience. 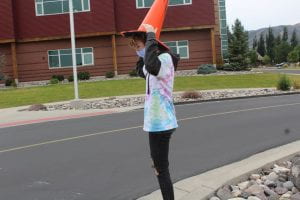 They are not afraid to be themselves and don’t care what others think of them. They are also super passionate about what they believe and love. They also have a great personality and are so fun to be around. I always look forward to hanging out with them.They are always so bright. They like to skateboard and do some pretty cool tattoos. They always have some cool design on their arms or legs in sharpie. Their style is also killer.  They look so put together every day. All around, if you don’t know Heidi personally, then you should. They are truly an amazing person and I am so happy to know them. 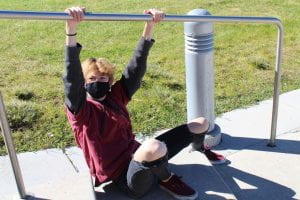 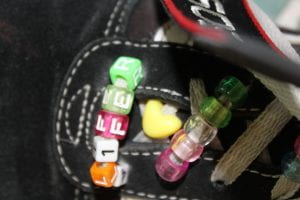 My favorite fictional character was a mixture of #067, #240, and King Bob. I decided to go with King Bob. 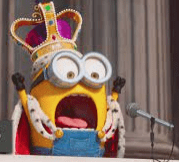 King Bob is my favorite because he was such a pure heart and he’s really funny. King Bob is from the Minion species. There are over 1,000 of these, so King Bob is not the only one. One thing you will notice about him is that he is always carrying around his bear. I totally recommend getting to know Bob better and watching the movie “Minions”

Hey, and welcome back! I did some personality quizzes and these are my results. 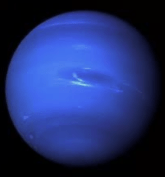 First I did what planet you should live on. My results are in the following sentence. “You’re independent, adventurous, and sometimes a little out there! So Neptune—which at nearly three billion miles from the sun is the solar system’s outermost planet—is just right for you. With your fearless attitude, you’re ready to take on anything, even Neptune’s minus 353 degrees Fahrenheit temperatures.” I personally think it matched my personality very well.

Second I did what gemstone you are. These are my results! “On the outside, amethysts

look like plain rocks, but crack them open and get a cool surprise—raw crystals. Sound familiar? Like this gemstone, you might be a bit hard to get to know at first, but you really sparkle once you open up.” I’m scared. This is very much correct. 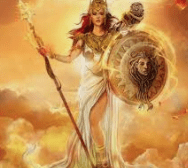 My last one of what Greek god or goddess are you? My results are the following. “You may have been called a smarty-pants once or twice in your life. That’s because you’re Athena, the goddess of wisdom! To you, there’s nothing better than a good book or being able to share a fun fact with family and friends. With so many smarts, you’ll be able to accomplish just about anything.” Im not quite sure how it matches but ok.

Is social media actually ruining our lives? The answer is yes and no. Social media isn’t the reason a whole bunch of teens have mental illnesses. There are so many things. According to research the #1 cause for mental illnesses are “Severe psychological trauma suffered as a child, such as emotional, physical, or sexual abuse. An important early loss, such as the loss of a parent.” Other causes could be bullying, being passed down through genetics, losing friends, ect. 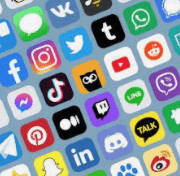 Sure social media doesn’t help, but its not the main cause. Yesterday with the assembly there were a lot of incorrect calculations. 100% of sexual predators don’t actually have snap-chat.  I have family members who know these things because they work with people have have that kind of trauma. Studies show that more people get sexually assaulted by family and friends than they do by predators online. Anyways I am going to move on to other things. When you deal with mental illnesses, it’s hard. I’ve dealt with mental health stuff for like the past 3 or 4 years. So when you say that we are in charge, and we can change how we think and stuff like that, you are right but also wrong. It took me months to finally somewhat feel happy again. So for you to say that we can change, it feels very invalidating to teens who deal with mental illnesses. Especially if you had the same horrible mindset for a long time.

Another thing social media can be an amazing thing. If it wasn’t for the internet and YouTube, I would’ve never learned how to play the ukulele, and draw, and sing, and everything like that. 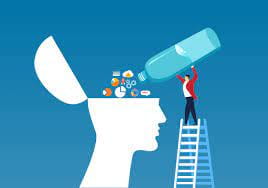 Sometimes social media is how you connect to your friends. So when adults say you need to talk to our friends, we do! We do it all day! Sure you got outside more but that’s because you guys had less consequences. You had more freedom. Social media is like the most freedom we have. We can do anything we want anytime. Now sure sometimes it can be bad, but instead of telling us to get off our devices to not get groomed online or bullied only, telling the people who’s doing that stuff to stop grooming kids and to stop cyber bullying. Its that simple. Just a reminder that this is my opinion and if you have a different opinion I respect that, this is just my opinion.

If you want to read other peoples opinions on this you can go to, “Tea Time with Anna” on edublogs.